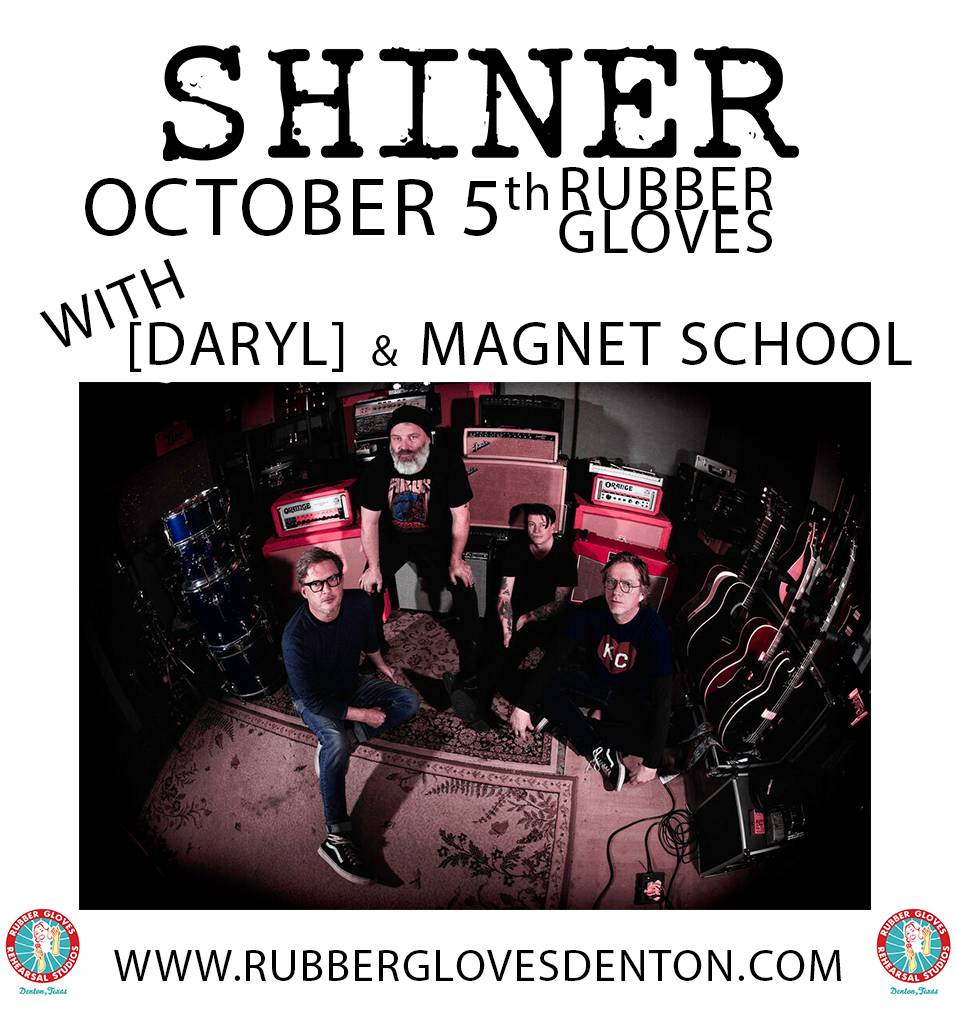 Spread the ❤️
Shiner live at Rubber Gloves Rehearsal Studio in Denton Texas October 5th
With support from [DARYL] and Magnet School
Shiner formed in 1992 and soon found themselves signed to DeSoto Records, (owned by Jawbox’s Kim Coletta and Bill Barbot). The band began a creative high and a busy touring schedule that endured for years, with their final album in 2001The Egga critical success. Pitchfork said, “Shiner’s six-string bloodletting beats the crap out of anything you’ll hear on commercial FM these days” and All Music noted, “The songs themselves bask in an epic splendor, replete with the kind of arrangements that reward repeat listenings” Along the way countless tours of the US, Europe and Japan, and 4 full-length albums gave them a fiercely loyal set of diehards. Comparisons with their contemporaries of HUM, Jawbox, Failure, and Swervedriver were unavoidable, but Shiner carved a path of their own with a dedication to song-craft and musicianship wrapped in darkly sugared hooks.