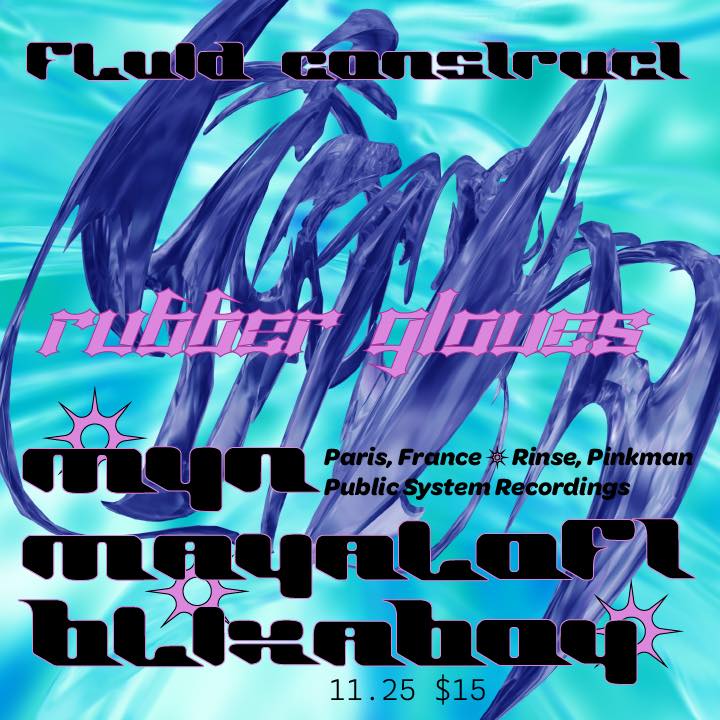 doors at 9 music Maya Loft kicking music off at 10

MYN – Founder and label head of Public System Recordings, MYN has traversed vast musical territory without sinking into a definable genre or pattern. From electro, industrial, techno, minimal synth, experimental, electronic body music, cold wave, punk electronics, new beat, italo and acid the Marseille-based Parisian has adeptly navigated his way through the sonic nuances of alternative electronic music. As a touring artist, MYN has cast his sounds across the globe. Performing to audiences throughout Europe, Australia, North and South America, he has debuted on several of the World’s Premier stages; including Berghain’s Saule space, Tresor W, French bastions Concrete, Rex Club and Machine Du Moulin Rouge in his hometown of Paris, as well as the now defunct Batofar and Lyon’s Le Sucre, Positive Education festival in France, Gewölbe in Cologne, Kablys Club Vilnius Closer in Kyiv, Interzone Festival NYC and Video Club, Bogota. Far and wide his prolific ability to engage crowds in the exchange of energy has prevailed.  https://linktr.ee/Myn_?fbclid=PAAaZzRVikyskzn5t-HHj5QMsnGs5qCm4HrYb1UGhrNRL7b6tRgIX5O9fwPD8

Blixaboy – Over the past 14 years, Wanz Dover, under the alias of Blixaboy, has released a string of Electro/Techo/IDM albums and singles on labels like Central Processing Unit, Science Cult, Natural Selection, Fanzine Records, Growth in Decay, Concrete Plastic, and his own Stereo on Strike imprint. He has also has had features and reviews for DJ Mag and Resident Advisor. All that aside, Wanz has been a fixture in the DFW music scene for 30 years playing in Shoegaze bands in the 90s and Post-punk noisemakers The Black Dotz throughout the 2000’s. https://on.soundcloud.com/N9xZT1n7fkqVd8EP9

Maya Loft -is a DFW resident DJ at @beverlyhillscowboy and is influenced by early 90s techno, acid, rave, and electro. Exploring the sounds, her sets are designed for the dancefloor. https://m.soundcloud.com/mayaloft