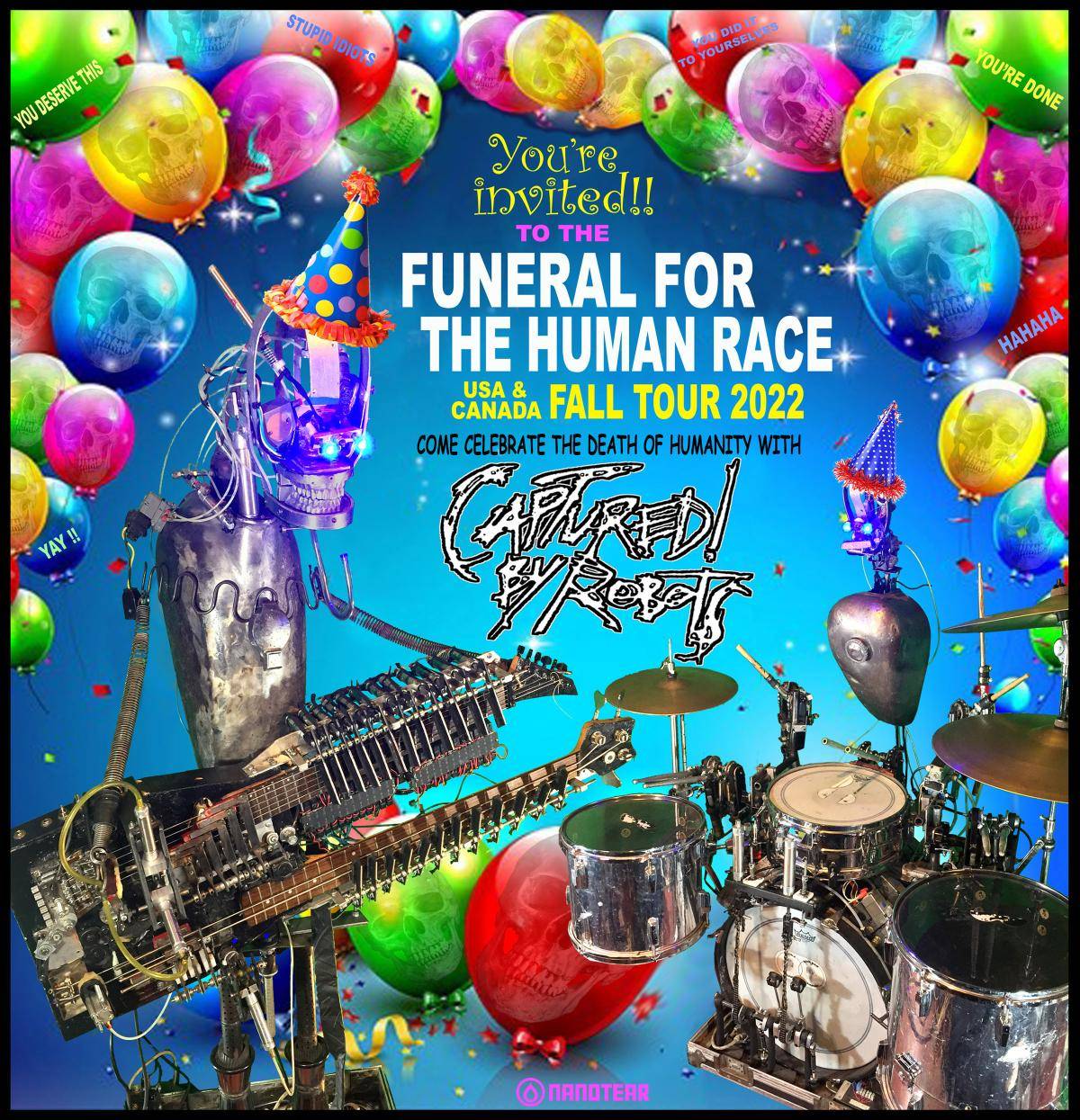 Spread the ❤️
Captured! by Robots make their mighty return to Rubber Gloves. September 15th. LATE SHOW. Doors at 10:30 show at 11PM.
Local support from Imperial Slaughter
Captured! by Robots is an American grindcore band known for featuring only one human member under the pseudonym of “JBOT”. The instrumental music is performed physically by two automated robots created by JBOT, GTRBOT666 and DRMBOT0110, while he serves as a vocalist. The group is composed of JBOT, the “human slave to the robots”, DRMBOT 0110, a robot drummer; and GTRBOT666, another robot who plays bass and guitar.
The C!BR backstory states that the human, in an attempt to make his own band, created the robots. Instead of following him, they revolted, and now force him to travel the world with them, performing music and making him contemplate the inferiority of the human race.