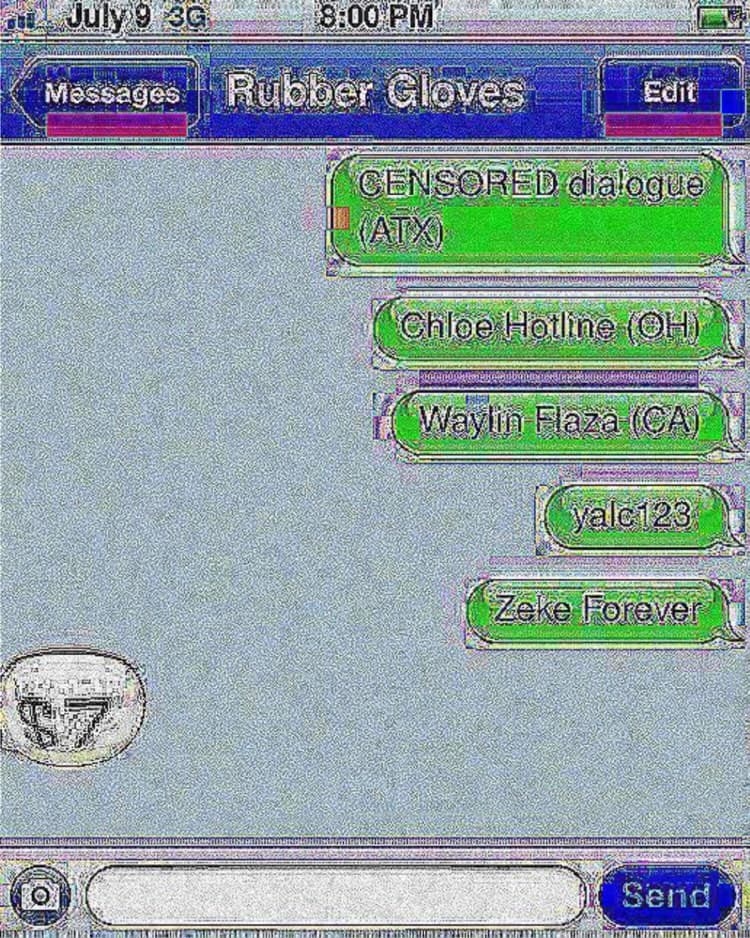 Radd alternative hip hop show on the Rubber patio.
Yalc123
Censored Dialogue (ATX)
Chloe Hotline (OH)
Waylin Flaza (CA)
Zeke Forever
Doors at 8pm
$7 cover
$12 to get into both shows.
An experimental/melodic rapper, Waylin Flaza strives to bring a new sound to an already loved genre. Combining sounds of trap and electric funk, Waylin hopes to capture the hearts of everyone with their colorful charm. They hopes their fans can use their music as an outlet for life and create worlds within their music that people can get lost in.
Cincinnati, Ohio’s own Chloe Hotline is a seasoned veteran in music, covering multiple styles and genres over the past decade but most see her as a newcomer. Chloe (who is a producer and vocalist) has always had a passion for music but never knew where it could take her. Now, focused as ever and constantly working she has built up a solid following within the underground scene.
For the last 3 years, CENSORED dialogue has hidden her talents in the shadows. Instead of releasing solo music, the Texas artist has taken the backseat approach as she focused her efforts on building STKHM, an independent record label and creative umbrella. STKHM members Waylin Flaza, Chloe Hotline, TMPEST, and Chris Geezy inspired CENSORED to learn how to produce her own music using programs such as Ableton Live and Logic Pro. While glimpses of this new creative direction were shown in 2020’s “Self-Produced CENSORED” and 2021’s “DECEMBER,” CENSORED dialogue has yet to release a solo project…until now. While Afro Pessimist, CENSORED’s self-produced debut album, is a grave departure from her previous work, in her eyes it is “the kind of music [she’s] always wanted to make.” An indication of the future of her career.
https://www.instagram.com/waylinflaza/
https://www.instagram.com/censoredialogue/
https://www.instagram.com/chloehotline/