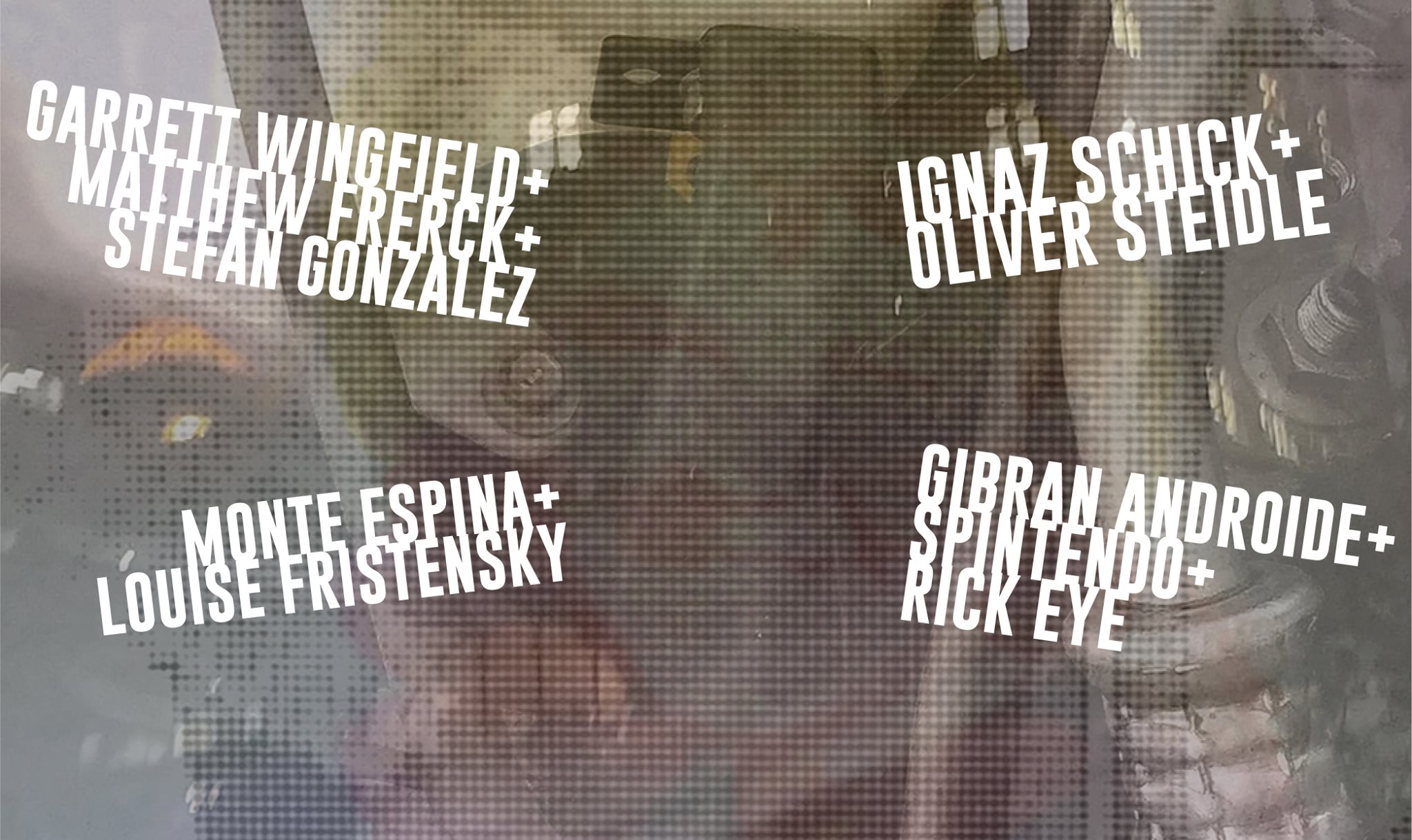 Steidle studied music at the Nuremberg Conservatory and lives in Berlin since 2000. There he has become one of the most in demand contemporary percussionists. He is the founder/member of his own free jazz combo “Soko Steidle. Since 2002 he is part of the band “Der Rote Bereich” and performs as composer or sideman in numerous groups. Stylistically he is active in various musical contexts from improvised music, free jazz to new music. He collaborated in projects of the composer Michael Werthmüller and Ensemble Courage and performed concerts with amongst others: Peter Brötzmann, Tristan Honsinger, Louis Sclavis, Simon Nabatov, Alexander Schlippenbach, Sean Bergin, Aki Takase, Uli Gumpert, Axel Dörner, Ab Baars, Trevor Dunn.

GIBRAN ANDROIDE
Active since 2009 mainly in the Mexican underground scenes from punk and hardcore to free jazz, experimental music and noise. Since 2013, he has organized improvised music concerts in various countercultural settings throughout Mexico City, in which Germán Bringas, Remi Álvarez, Gustavo Nandayapa, Le Trash Can, Ingebrigt Haker Flaten, Misha Marks, Carlos Alegre, and Mabe Fratti, among many others have collaborated. Gibrán currently plays in several bands, including: Malcría, Doquier, Boom Boom Kid, Héroes del Destierro, Jorrit Dijkstra and Jeb Bishop Quartet, trio with Tony Malaby and Jason Roebke, the duo Esperanza Silver (with saxophonist Roberto Tercero), among many other collaborations. Androide is his solo project of noise with drums and electronics. He is involved in multidisciplinary projects, particularly in theater, as a member of the Cro-Magnon company, and also collaborates with the sound design for the play “Oscura Sangre” by Dappertutto Teatro.