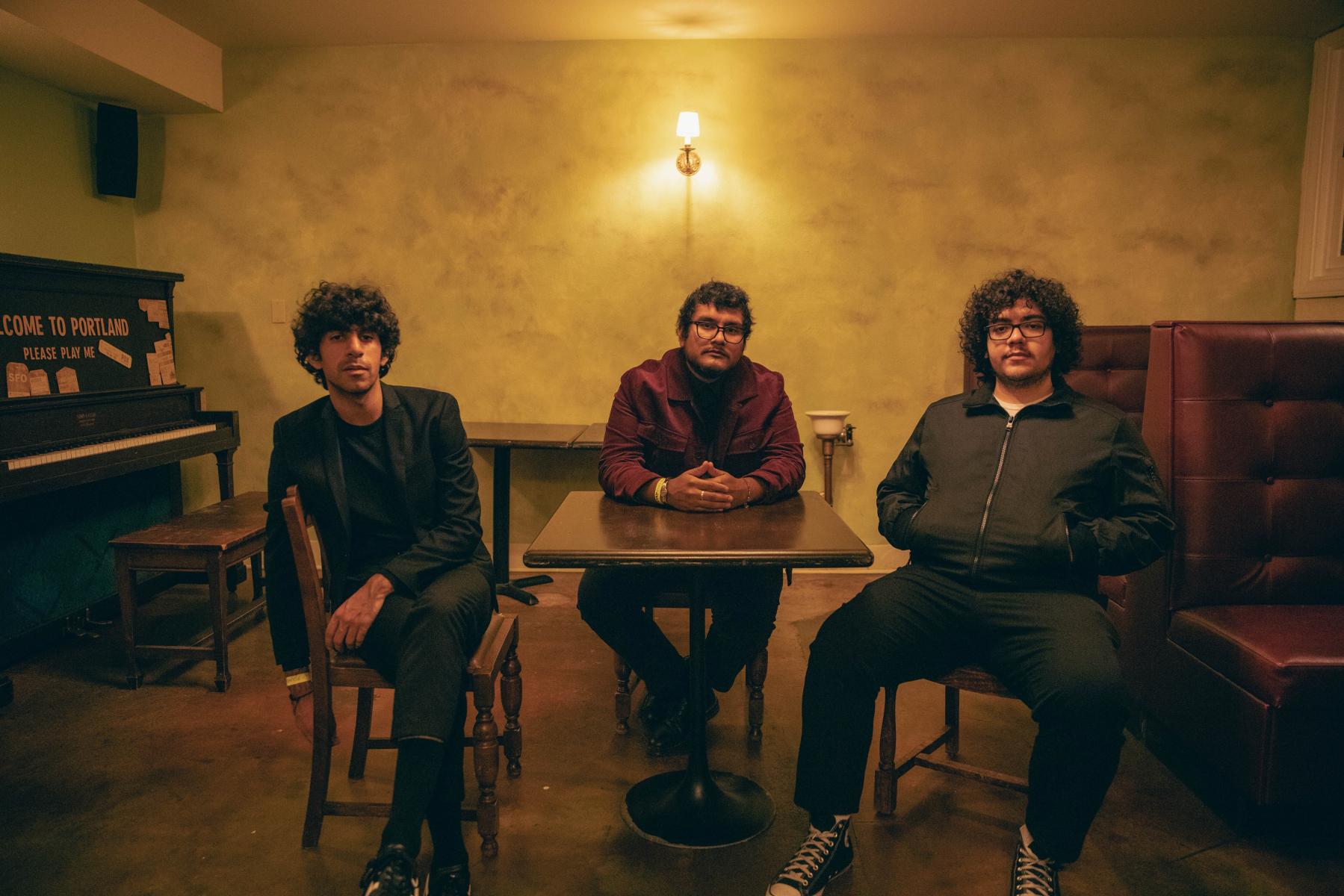 At the Helm Present….
The Red Pears
https://theredpears.com/
The Red Pears’ founding members, Henry Vargas (vocals and guitar) and Jose Corona (drums), draw their sound from the spectrum between the early 2000s New York indie rock scene and grunge to the cumbia and corridos that soundtracked their childhoods in El Monte, a sleepy suburban town just east of Los Angeles. After cycling through an assortment of lineups, mutual friend and bassist Patrick Juarez stayed on and expanded their operation. Now a solid three-piece band, these emerging alt-rockers, have come a long way from meeting at a local Battle of the Bands, practicing in their garages, and naming themselves after their favorite color and a pun on the word “pair”— a subtle nod to sonic inspirations The White Stripes and The Black Keys.
Benches and Phantomelo providing support.