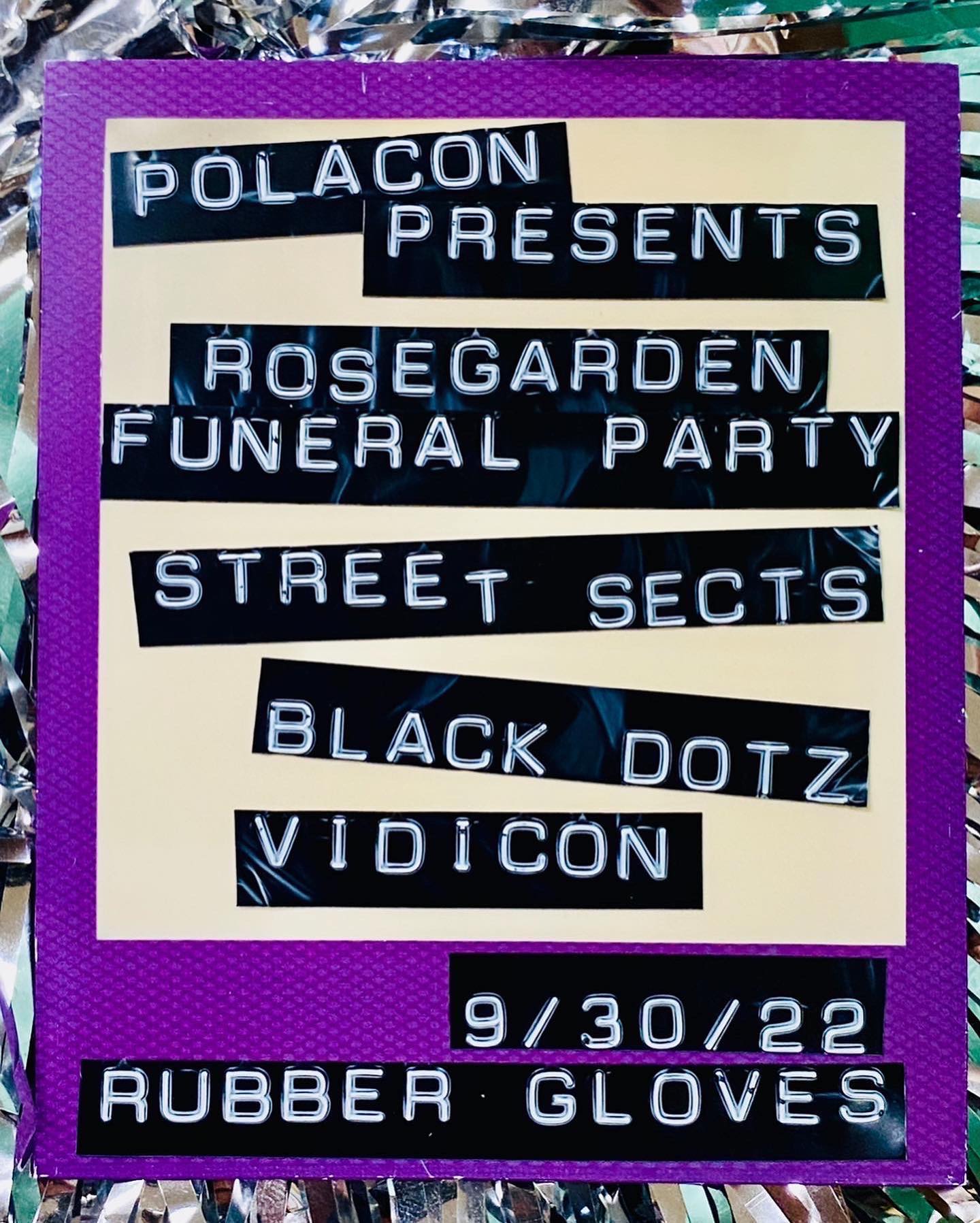 *Unfortunately Street Sects are unable to play*
The world’s number one instant film convention returns this year with a stellar three nights of music to cap off the daytime workshops.
Rosegarden Funeral Party
https://www.rosegardenfuneralparty.com/
“Rising from the inferno of heartbreak with a determination towards gentility, humility, graciousness, and kindness, Rosegarden Funeral Party takes influence from life’s tragedies and spins chaos into beauty. Leah Lane fronts the band with a voice like that of the lovechild between Morrissey and Siouxsie Sioux and her guitar playing has been compared to that of Daniel Ash. with bass playing that takes obvious inspiration from Peter Hook. With synths trapped in the loving arms of the 1980’s, rhythmic percussion and drums inspired by dark dance floors, Rosegarden Funeral Party prove to be the second-coming of traditional goth.”
Black Dotz
Taking their name from a 1979 Bad Brains album, and substituting a “Z” for an “S” so as not be confused with a band called The Black Dots, the four-piece was fully realized in the summer of 2011. The band is neither a theatrical spectacle nor a group of guys who crawled out of bed and onto a stage. “When I go see a rock show, I don’t want to see someone like me,” Dover says. “I want to see someone bring a show.” -Eric Grubbs Dallas Observer
Vidicon
New local heroes.
https://youtu.be/QnhataMX040