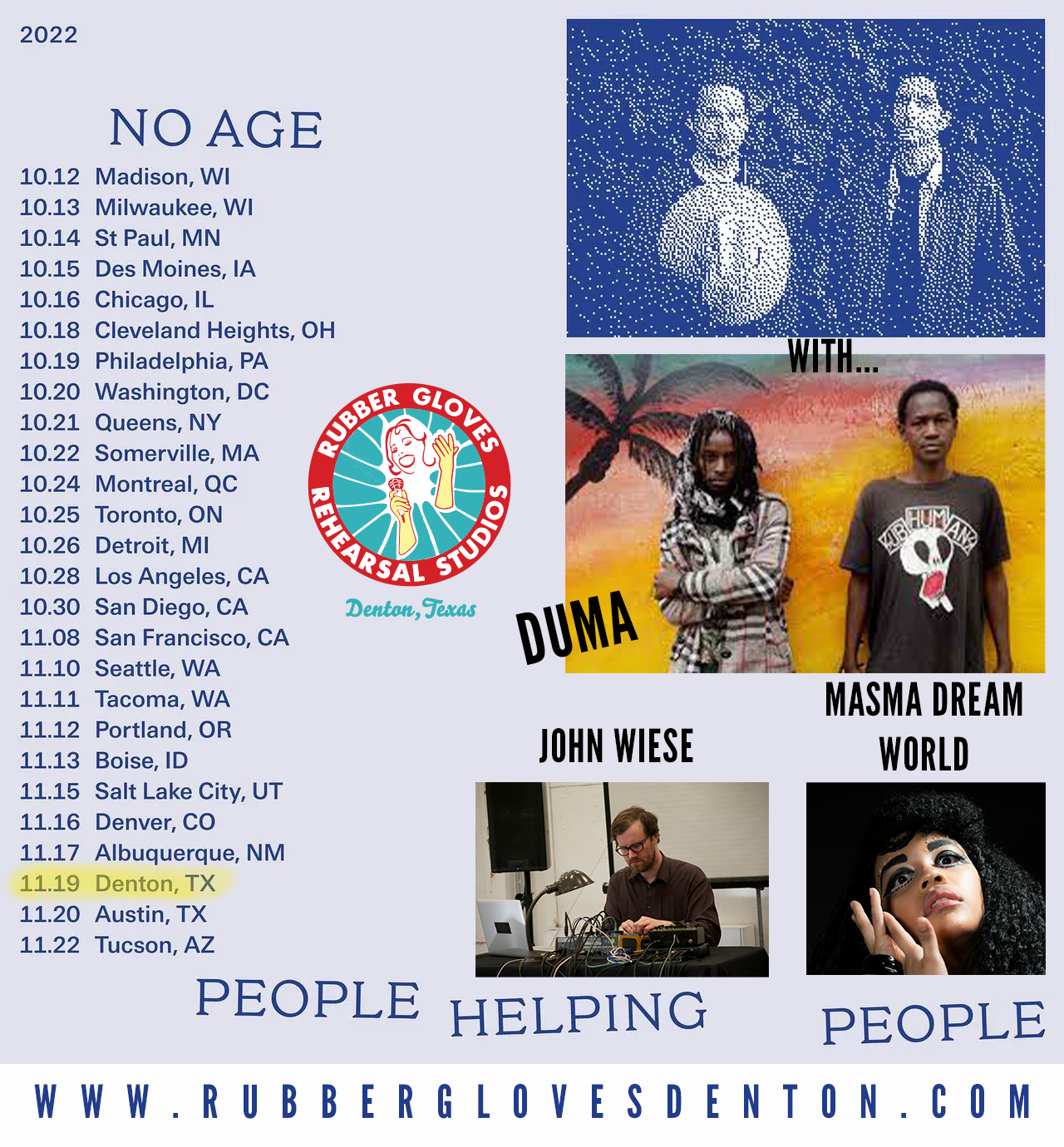 Doors 8PM Show 9PM
$15 advance / $20 day of
18+
No Age
https://noage.bandcamp.com/
No Age is an American noise rock duo consisting of guitarist Randy Randall and drummer/vocalist Dean Allen Spunt. The band is based in Los Angeles, California, and was signed to Sub Pop records from 2008 to 2013. No Age’s fourth studio album, Snares Like a Haircut, was released by Drag City on January 26, 2018. Drag City also released Goons Be Gone, their fifth studio album, on June 5, 2020.
Duma
Experimental noise/metal duo of Martin Khanja (aka Lord Spikeheart) and Sam Karugu (aka Sam Kiranga) emerge from Nairobi’s flourishing underground metal scene as former members of the bands Lust Of A Dying Breed and The Seeds Of Datura. Together in 2019 they formed Duma (Darkness in kikuyu) with Sam abandoning bass for production and guitars and Lord Spike Heart providing extreme vocals to the project.
John Wiese
John Wiese is an American noise musician and visual artist based in Los Angeles, California. Wiese has released much of his material on his own Helicopter label. Wiese is a member of the group Sissy Spacek.
Masma Dream World
Masma Dream World is the solo recording project of multi-disciplinary artist/healer Devi Mambouka. Born to a Gabonese ambassador and a Singaporean mother, Devi (pronounced: day-vee), is a child of the world, and one who learned to tap into her inner magic to overcome trauma, abuse, and addiction.