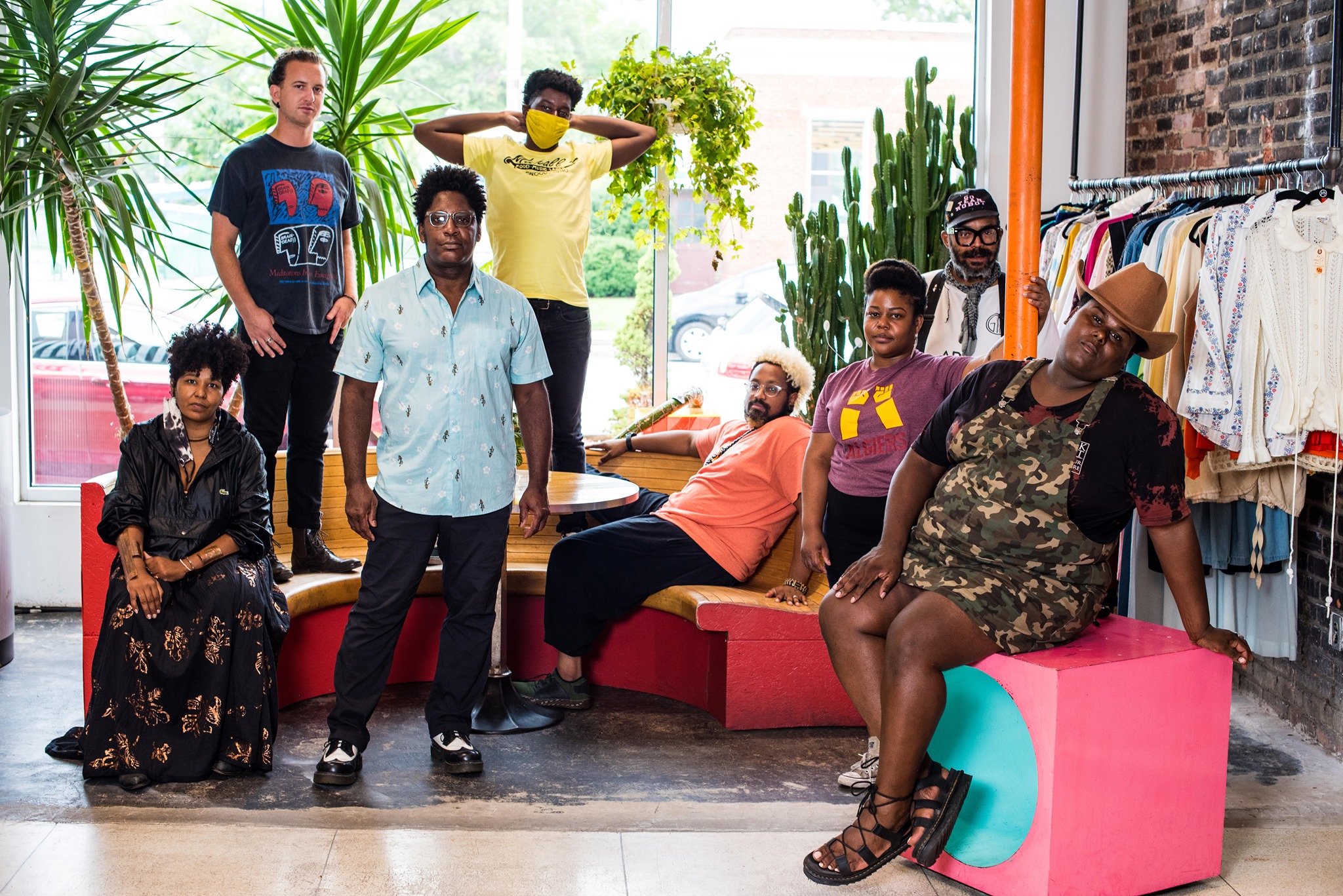 Mourning [A] BLKstar is a collective of musicians, writers and multimedia artists formed in Cleveland, Ohio. In dialogue with Hip Hop production techniques and live instrumentation, M[A]B bears witness to the pathways and frequencies that have sustained the African Diaspora and beyond.Since 2016, Mourning [A] BLKstar has received critical acclaim for their five recordings and had the opportunity to share bills and tour in support of some of this generation’s most amazing musical outfits including US Girls, Oshun, Algiers, Kyp Malone (TV On The Radio/Ice Balloons), and the legendary Doom Gospel pioneers, ONO.
In 2019, M[A]B performed at The Kennedy Center in the nation’s capital and their fourth full length release, Reckoning was released by Don Giovanni Records to rave reviews. The Wire Magazine’s Neil Kulkarni said this about the collective’s work –
“It is, impossibly, even better than Garner and one of the finest albums of 2019 thus far, from a band whose importance is fast becoming evident.”
In 2020, M[A]B released a double album entitled, The Cycle which garnered the collective massive praise from NPR All Songs Considered, AFROPUNK, and The Wire Magazine.
Mourning [A] BLKstar ~ 1030PM
+1
Monks Of Saturnalia ~ 9PM
DJ Mutarrancho
Doors at 8pm
$10