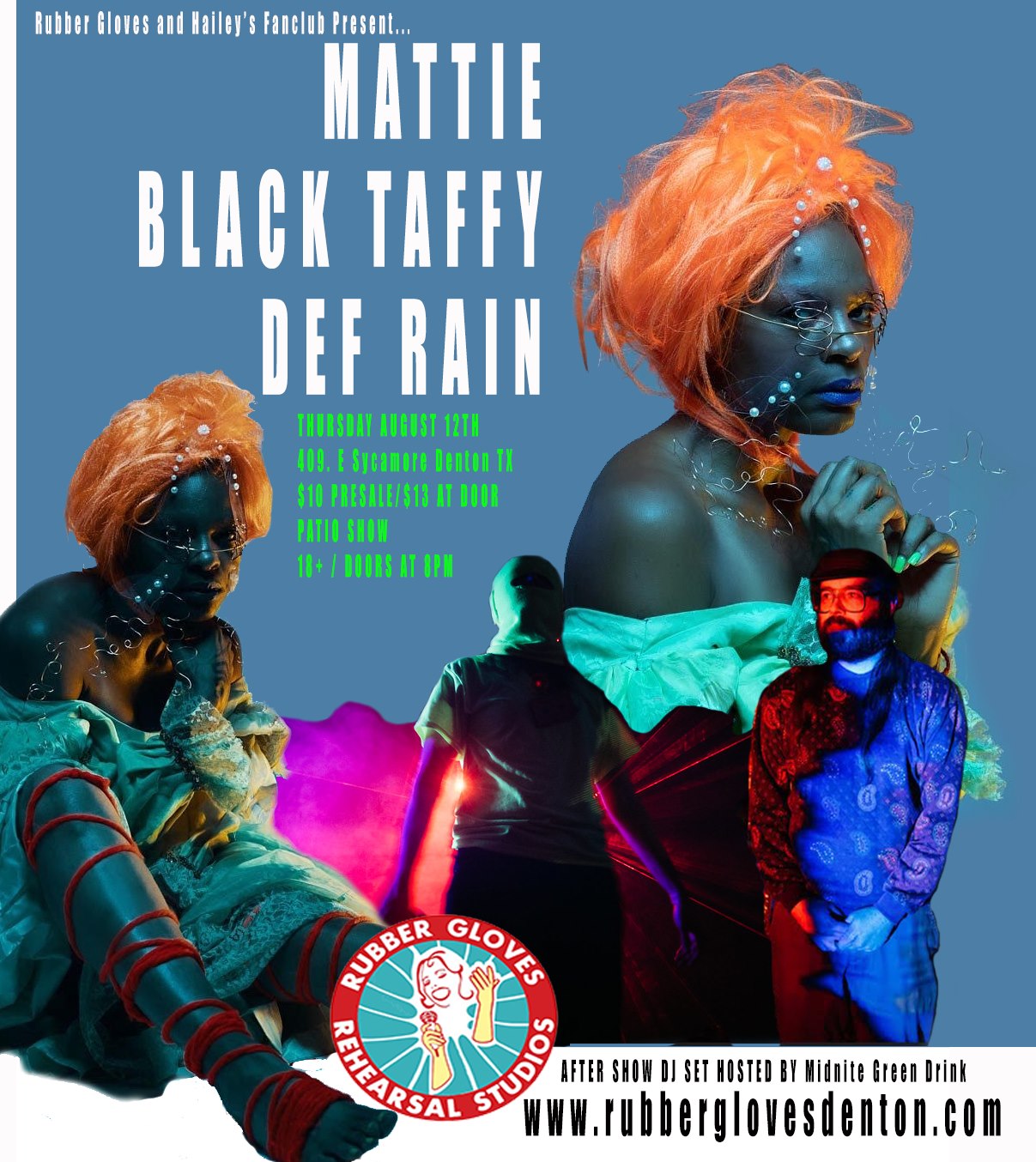 Mattie
MATTIE is a mirror. She is an oracle of the SOL, and a watchperson over the keys to liberation guiding your experience via modalities of introspective visuals, lyrical self-inquiry, melody/harmony, experimental instrumentation, movement, meditation, and performance art.
Her sound? Experimental SOL. Her destination? Wholeness.
An experimental vocalist from Dallas, TX – MATTIE began singing in church at age four where she learned the basis of conventional gospel music. From there MATTIE has toured + recorded with Israel Houghton and New Breed, and received Dallas Observer Music Award nominations.
https://pitchfork.com/reviews/tracks/mattie-human-thing/
https://mattie.bandcamp.com/community
Black Taffy
Before Donovan Jones made beat music as Black Taffy, he played keyboards and bass in the post-rock band This Will Destroy You. Now linked with LA’s esteemed LEAVING Records, the Dallas-based producer has cultivated an electronic sound loosely inspired by the beat-scene heyday, flush with the head-nodding percussion of Low End Theory DJs and the melodic synths of experimental luminaries like Teebs and Daedelus. But Jones’ Black Taffy project isn’t late to the party; rather, he’s re-creating fragments of that scene from his own, enthrallingly warped perspective.
High points in the Black Taffy discography include Parlour Arcana, an ambient album turned on its head by bass and percussion; Elder Mantis, his first LP with LEAVING Records; and Half Light, a 13-piece song cycle using the score from The Twilight Zone. His latest, Opal Wand, which was recorded in Brazil and Texas, unites its predecessors’ disparate themes, making it Jones’s definitive Black Tafft album to date. Doubling down on his exacting percussion and keen gift for arrangements, Jones finds a middle-ground between horror and beauty, lacing the minor chords on “Queen’s Gambit” with warm synths that give its gnarled edge just the slightest bit of refinement. Elsewhere, “Ocarina” uses a scratched-up harp sample to assist chopped vocal lines and a skittering drum groove that trips over itself in a way that unsteadies the beat from the rest of the song. Overall, Opal Wand is a fresh entrant into the Black Taffy universe: exciting, exact, and effortless. – Will Schube bancamp
https://blacktaffy.bandcamp.com/
https://oakcliff.advocatemag.com/…/listen-black-taffys…/
Def Rain
https://pourlecorpsrecords.bandcamp.com/album/def-rain
https://imposemagazine.com/…/new…/def-rain-love-it-when